A Vietnamese tech blog posted a video review of a Samsung device model I9300. It is running on a quad-core  processor with Mali 400 GPU as its graphics. Its display is a 4.6-inches at 720 x 1184 without the on-screen buttons or 720 x 1280 resolution including the on-screen buttons.  I also noticed that Samsung label is located below the navigation, this is very first.

With regards to the leak device Samsung released a statement, “We will be able to tell you more at the 2012 Samsung Mobile Unpacked.” 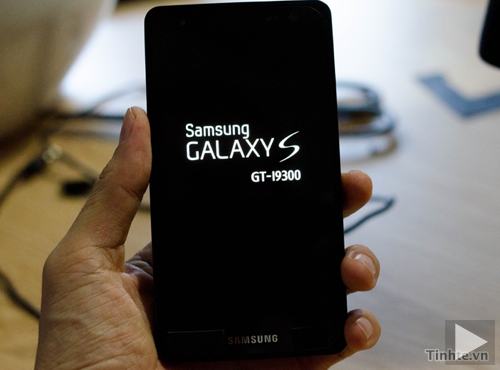 Surely this is not the Galaxy S III aka Espresso. Samsung is closely guarding the flagship device but there was a leak of the famously known as the  SIII released yesterday. Samsung Mobile Unpacked will be held in London in May 3, 2012 and all those rumors and allegations will be cleared out. So let’s see!