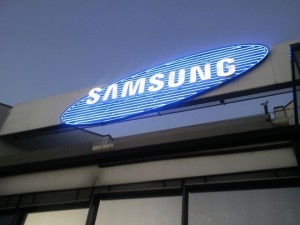 I think it’s time to tone down on the Nexus 5.

I’m a fan, no doubt about it. But with all the leaks and the supposed specs that has been pushed on our faces for the last month, I do realize that the Smartphone universe is as wide as the galaxy that we live in. There will be many, and I mean many more devices that we ought to anticipate in the months to come and one of these is the Samsung Galaxy S5.

Yes, the Samsung Galaxy S5 will be the company’s next flagship Smartphone and, according to rumors will be dust and waterproof like the S4 Active and will sport a 13 megapixel camera with Optical Image Stabilization a la HTC One and Nokia’s Pureview line.

Also grinding along with the aforementioned specs is the S5′s supposed OS. According to previous reports, the Galaxy S5 will come in two Operating Systems: the Usual Android (supposed KitKat or the latest Jellybean, maybe) and Tizen, an OS that has long been under the Korean powerhouse’s vault.

We also saw a fan made render of the S5 and by his imaginative output, he sees that the soon be mega Smartphone is encased in metal, rather than plastic Samsung is using in their current devices. There’s also this buzz around Samsung future plans to out an aluminum-clad, “super premium” Galaxy F series sometime in 2014 and that it will replace the current Galaxy S line. And also, there’s the “Design 3.0″ word that will be used on the upcoming S5 handset. What are we expecting, by then? A lot, if you ask me. Not just on the inside, but on the physical structure of future Samsung units as well. Aluminum isn’t a bad idea and ditching plastic will do a lot, especially for the environment

The best thing for me (as of this moment) is the fact that the supposed S5 is rugged to go with the likes of Sony’s Xperia. A water and dust proof Smartphone with a touch of class is exactly what most of us wants to have and, with all due respect to the S4 Active, visible screws will most likely be out of the picture. Physical buttons? I would rather have one, or none at all.

We might also see a flexible HD LCD on the Galaxy S5, for all we know. And, for those not a fan of Android or those wanting to do more rather than rooting their devices, Tizen might just be the next best thing that will happen to the Smartphone world – outside the former OS and iOS , that is.

Oh, well; rumors like these never cease to entice us. But if you ask me, the Samsung Galaxy S5 is gonna be S-W-E-E-T.