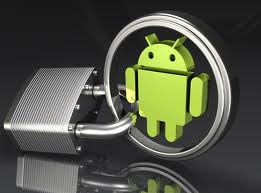 Much has been made in the news recently about malware threat to Android phones. First, it was reported that the Android operating system can be vulnerable to malware threats, largely due to the open nature of its application store. More recently, a study by McAfee Security noted that 2011 will end up being the biggest year ever for malware, with 75 million unique samples, and this is largely due to substantial jumps in programs targeted towards Android phones. It doesn’t take an extensive search of a mobile news site like phonebulletin.com to realize that security should be a concern for any smartphone user.

To be sure, the rise in Android malware is largely a reflection of the operating system’s recent successes: market share, sales of Android phones, and total revenues for manufacturers have grown tremendously in the past year, quickly eating away at Apple’s once-unshakable control of the industry. But, at the same time, the rise in malware is nothing for the Android owner to take lightly. After all, malware has grown increasingly sophisticated; spammers now use advanced technologies and targeted knowledge of a given demographic or location to more effectively fool a technology user. Consequently, although spam currently sits at its lowest level since 2007, successful attacks now comprise a larger percentage of the total.

With this in mind, the obvious and most effective way to reduce potential malware is by not downloading any malicious applications. This can best be done by doing a brief amount of background research before downloading any app. Check out reviews for the app, look to see if its description contains any suspicious wording, and – when in doubt – simply type the app’s information into a Google search. If the software is malicious it probably isn’t too difficult to figure that out. Furthermore, there are usually certain types of apps that are best to avoid. One of the most popular malicious apps currently out there is one that promises to put a free anti-virus program on your phone. Such programs, therefore, should be approached with considerable suspicion.

It is also smart to take concerted steps to insure that, if your phone’s security is compromised, an attacker can’t steal too much personal information. This usually comes into play with malware that infiltrates your phone but doesn’t cause a traditional – and immediately apparent – electronic virus to corrupt your device. Instead, this kind of malware lurks undetected in your phone and then sends information back to the attacker. Since the information is usually gleaned from SMS messages or from phone calls, it’s best to stay to stay wary when it comes to these two communication modes. Credit card numbers, PINs, and passwords should never be discussed by phone or by text.

Malware is an unfortunate component of our tech-reliant society. While we can’t ever insure that our smartphones are completely protected, we can certainly take steps to drastically lower our risk of a security breach.