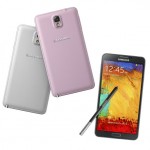 Days before the opening of the IFA, Samsung went on to formally introduce to the human race the revamped Galaxy Note 3 via their Samsung Unpacked 2013: Episode 2 in Berlin. In true “beefing the old gadget up” fashion, Samsung decided to perk the innards of the Note 3 while maintaining its chassis size. In
Read More 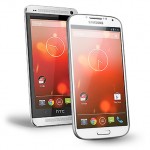 The pure-Android Galaxy S4 and HTC One also known as the Google Play Edition handsets are getting Android 4.3 OTA Update. These Google Play Edition Galaxy S4 and HTC One runs on Vanilla Android compared to the original handsets that uses Samsung and HTC Android version respectively. For the Galaxy S4 Android 4.3 has a
Read More
A Vietnamese tech blog posted a video review of a Samsung device model I9300. It is running on a quad-core  processor with Mali 400 GPU as its graphics. Its display is a 4.6-inches at 720 x 1184 without the on-screen buttons or 720 x 1280 resolution including the on-screen buttons.  I also noticed that Samsung label is
Read More

The Samsung Galaxy S III as we all know it will be officially be unveiled on May 3, 2012 in London. This launch was expected and also to coincide with the upcoming London 2012 Summer Olympic in July-August and Samsung is one of the major sponsor. With tons of leak specs and images few weeks
Read More

Following the leaked PR Photo of the Galaxy S III, this time the same picture of the upcoming device from GSMHelpdesk from the Neatherlands surfaced. I’ve been lurking around in some Android blogs and some are convinced that this is the final look while Android Central  is pushing that this is not the real deal. Aside from
Read More

Since day 1 of the official update of Galaxy S II ICS firmware, S II users were disappointed that Samsung is still using the Touch Wiz UI 4 and it does not feel right. Everyone is looking for the pure ICS experience that Touch Wiz UI can’t give. The TW 4 is built for the
Read More

I like device rumor and leaks because it’s exciting when you are following certain device until it hits the market shelves. Last night there was a leak device from Reddit and alleged to be the Samsung Galaxy S III which looks like an S II and Nexus combined. Today a new leaked image of the
Read More

It seems that the Galaxy S III real face has been revealed. Following at Reddit, a user posted the leak picture of the alleged Galaxy S III from his friend working in Samsung. The device is 4.7″ inches in display at 720p resolution. It has no physical buttons.  The S III if indeed real will
Read More