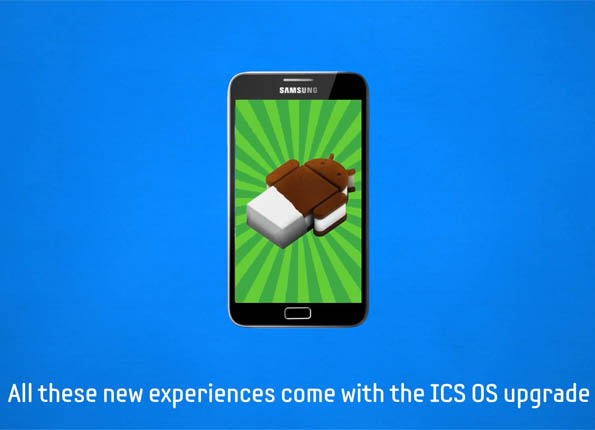 After the success of Samsung Galaxy S II ICS update, Samsung officially announced that the next ICS update is for the Galaxy Note. The Galaxy Note Premium ICS update also adds new S-Pen optimized application and enhanced multimedia features. “S Note, a unique tool that lets you combine your notes or sketches with other digital content, giving you a new way to create your own stories. S Note comes in various ready-to-use templates for a range of tasks including meeting minutes, diary and others.” Features native to Android 4.0 ICS will be added aswell namely Face Unlock,  Snapshot, and Android Beam.

The roll out will start for the international version of the Galaxy Note  GT-i9250 sometime in second-quarter of this year and for carrier branded G-Note will be delayed as carrier will do the update on their own. That is around April to June. Check the video below for more Android ICS goodies stored for the Galaxy Note.

In the video, it shows that Touch Wiz UI 4 is still the launcher for the Galaxy Note running ICS. I mention this because there was a leak photo of Galaxy Note using stock ICS UI. Angry Bird Space is also released today and the Note is the official partner device. Check the game and it is free for download on Android.