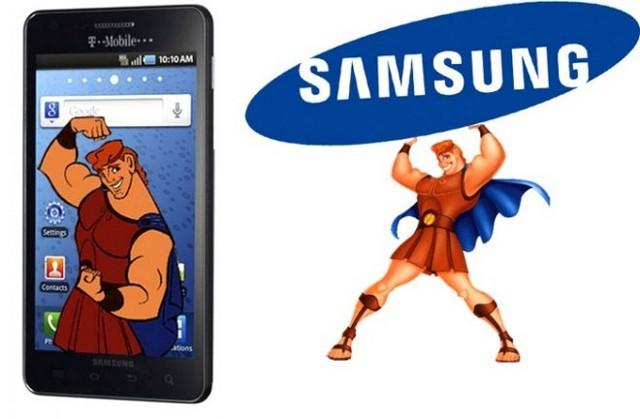 It seems that Samsung is changing its naming convention from Galaxy to Greek Gods? An upcoming Samsung Android phone is named after one of the famous Greek God – Hercules. The Samsung Hercules was mentioned last May and no information has been revealed ever since and now it seems it is rolling out this September 26, 2011.

The roll out schedule was leak in a T-Mobile roadmap. The specs is astonishing, it is still powered by Google Android 2.3 Gingerbread and surprisingly it will not be powered by either Samsung’s very own Exynos chipset nor Nvidia Tegra  2. The processor is a 1.2Ghz  Qualcomm dual-core APQ8060. The display is a SUPER AMOLED Plus – true to life color experience.

This is one of the Android smartphone with a wide screen at 4.5inches. It is capable of 1080p video recording and the storage is at 16GB ROM and 1GB of RAM so it will eat anything you can through at it.

If Samsung Hercules will stand for its name it will be one of the toughest smartphone because it is rugged and can inclement weather. No price tag yet so we have to wait for more info about this phone.

If Samsung is really gonna change its naming convention then their might be Zues or Neptune in the future?

I also suspect that this phone will become an alternative to Samsung Galaxy S2 which is still not available in the US Market.