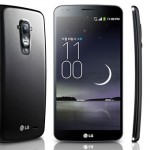 Following the announcement of Samsung’s Galaxy Round, LG too didn’t disappoint their fans by also revealing their own take on the now gaining curved display fad on Smartphones. We’re talking about the LG Flex. Yes, it is also one of only two devices with a curved real estate – an OLED 6 inches to be
Read More

PhoneTab is the new sensation. It’s a hybrid between a smartphone and tablet. Samsung is the first two introduce this on the market and many like it.  LG also entered the PhoneTab arena by introducing the LG Optimus Vu. It is a 5-inch device and it’s pictured side-by-side with Samsung’s Galaxy Note. The specs is
Read More

LG announced the list and schedule of LG Android handsets for the much anticipated Ice Cream Sandwich update. Like Sony Ericsson, LG split their Android phone lines based on location and model.  The roll out will start in the Q2 of 2012 and  top of the line LG phones will get the first taste of
Read More
Rejoice LG Optimus owners! Lucky Goldstar Electronics finally announced there plan for the Android 4.0 Ice Cream Sandwich upgrade for the current LG Optimus High-end line up.  Optimus line up that will get Android 4.0 update are as follows LG Optimus 2x, LG Optimus 3D, LG Optimus Black and Optimus LTE. The schedule of the
Read More
The LG Optimus 2X rumor that it won’t get Android 4.0 Ice Cream Sandwich update brought disappointments to Optimus 2X owners around the world. The LG Optimus 2X is the world’s first dual-core powered smartphone. The processor is a Nvidia Tegra-2 CPU and most of today’s dual core smartphone and tabets are powered by this
Read More
Good news to LG Optimus owners, LG announced that LG Optimus Gingerbread update is rolling out this month. Starting from LG Optimus 2X which supposedly the update is out yesterday Nov 1 but according to some 2x owner no update is out yet either OTA or via update software. While LG Optimus 3D Android 2.3
Read More
After leaked photos and speculations LG Electronics finally announced their new smartphone and provided all the details about – the LG Optimus EX. The LG Optimus EX (LG-SU880/KU8800) is an high-end Android smartphone, powered by a dual core Nvidia Tegra 2 processor  at 1.2Ghz and 1GB of RAM. The internal storage is 8GIG and expandable
Read More
If you own an LG Optimus G2X P999 (T-Mobile G2X) and still waiting for the Android 2.3 Gingerbread update? Wait no more, some folks at XDA discovered that G2X Gingerbread update is now available via download. What you will need for the update are your Windows computer, USB Cable, your LG G2X and the updater.
Read More