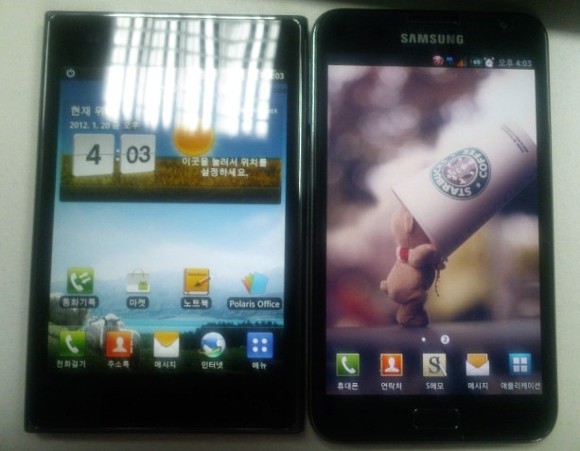 PhoneTab is the new sensation. It’s a hybrid between a smartphone and tablet. Samsung is the first two introduce this on the market and many like it.  LG also entered the PhoneTab arena by introducing the LG Optimus Vu. It is a 5-inch device and it’s pictured side-by-side with Samsung’s Galaxy Note. The specs is said to be a dual-core Qualcomm WPQ8060 processor running at 1.5GHz, 1GB of RAM, 8GB of ROM, and an 8-megapixel camera. The dispaly is 1280×768 @ 4:3 aspect ratio which is more sharp than the Galaxy Note.
There is no other word but it seems this is a teaser from LG in preparation for the Mobile Word Congress at the end of this month.