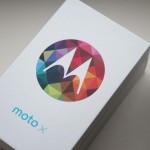 After Google acquired Motorola for $12.5 Billion there were questions about the future of the company. Google already have the Nexus flagship Smartphones and Tablets which are manufactured by OEM like ASUS, Samsung and LG. Motorola released few devices after the acquisition and many speculated the Motorola will manufacture the Nexus line and will become
Read More
Motorola Android phones are rarely seen in Asian market because Motorola is only selling their stuff in US mostly. If in Hong Kong the Android 4.0 ICS and Samsung Galaxy Nexus took the stage, Motorola has their own event in New York unveiling the Motorola RAZR – the world’s thinnest smartphone at 7.1mm. Before the
Read More
This month is upgrade month! Few weeks back Motorola announced that Telus (Canada) Milestone might get Froyo.  This phone was announced Nov. 2009 and some critics saying that this phone will not get Froyo update. And now! It is finally here, the Milestone Froyo update. Motorola Milestone Specs: OS: Android 2.1 Eclair (Froyo update available)
Read More
Morotola Atrix 4G is a great device, packed with power but the out of the box Android has limitations set by the carrier that is why we are looking ways to ROOT it! Rooting is the process of gaining admin rights to the device. Think of this us a computer with guest account, you need
Read More
Motorola Atrix 4G  was first unveiled at 2011 CES in Las Vegas, powered by a dual core Arm Cortex-A9 and ULP GeForce CPU (Nvidia Tegra 2) processor. The out of the box Android is Froyo, and most likely will be updated to Gingerbread as it hits the market. This is a fast smartphone with its
Read More
I was reading some blog post at AndroidCentral and this phone caught my attention – Droid X2. The Motorola Droid X2 also known as the Droid Squared and still under test for its FCC certification . Even though Motorola Android phones has not yet arrived in the Philippine market, I gave much attention to this
Read More