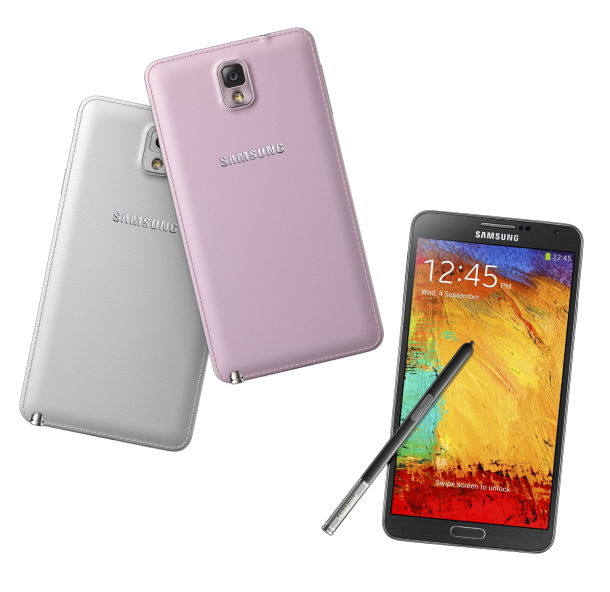 Days before the opening of the IFA, Samsung went on to formally introduce to the human race the revamped Galaxy Note 3 via their Samsung Unpacked 2013: Episode 2 in Berlin.

In true “beefing the old gadget up” fashion, Samsung decided to perk the innards of the Note 3 while maintaining its chassis size. In addition, the Note 3 now has a 5.7 inch full HD Super AMOLED display @ 1920×1080 pixels – a definite plus for those wanting to have a better view of their device.

Much like what they did with the Galaxy S4, the Note 3 will also come in a 3G version with a Samsung Exynos 5 Octa 1.9GHz quad-core processor. It will be shipped in classic white, jet black and blush pink leather. An optional leather-back cover is also available, replacing the old polycarbonate back cover. I’m not really a fan of leather (I normally use bumpers and casings) but with this gadget, I’ll make an exception anytime. The back-cover is removable, by the way and Samsung plans to out an additional 7 hues in the future.

The Samsung Galaxy Note 3 will also come with Group Play, an app originally coined for the Galaxy S4. The S Pen also comes with Air Command for that hovering magic everybody wants.

Samsung is set to release the Galaxy Note 3 globally on September 25 will be available in jet black, classic white, and blush pink.I t should be available worldwide come October and the Philippines is included