Following the leaked PR Photo of the Galaxy S III, this time the same picture of the upcoming device from GSMHelpdesk from the Neatherlands surfaced. I’ve been lurking around in some Android blogs and some are convinced that this is the final look while Android Central  is pushing that this is not the real deal.

Aside from the photo of the alleged device GHMHelpDesk provided the specification. The display is Super Amoled HD (313 pixels a inch.) (resolution 720 x 1280) giving  sharp and vivid display. It will be powered by Samsung Exynos 4412 Quadcore at 1.5 Ghz, 1 Gig of RAM  and 32 Gigabyte internal store. If the specs were true then the battery is a disappointment at 1750mAh because it has a big and HD display that eats a lot of battery juice. Speculation before that this phone will be using a 2250mAh battery even it is just 8-mm thick.

The Camera is a 12-Megapixel compared to 8-Meg of the S II. There is no detail if the camera is as good as those of Galaxy Nexus that can capture fast scenes. There’s also rumor that this device is capable of Wireless charging and has NFC capability.

Take a look between screen size of the Galaxy S III vs. iPhone 4S 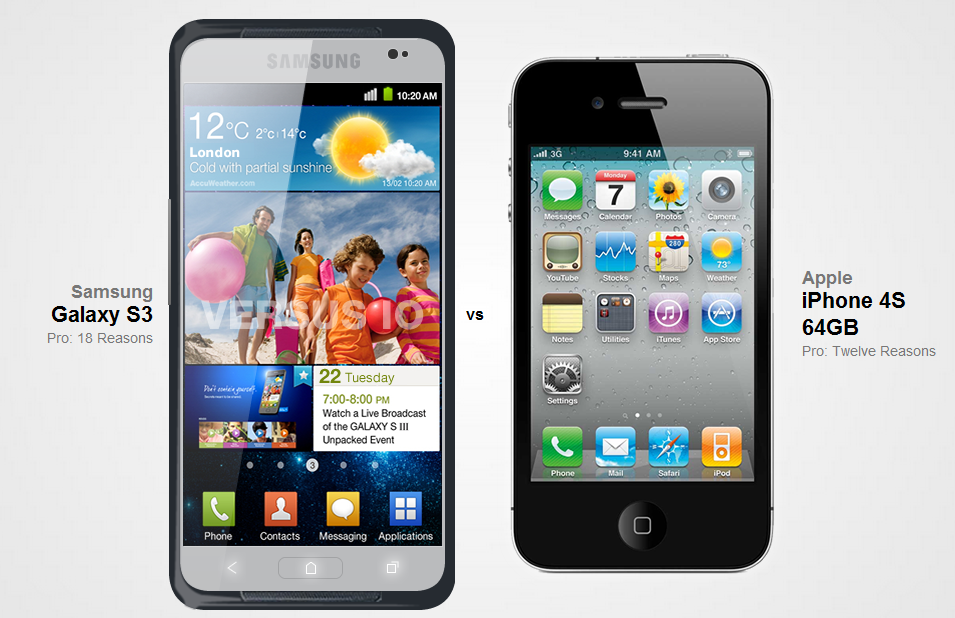